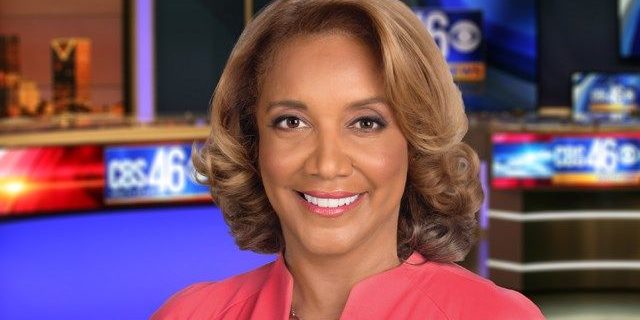 ATLANTA – She was a staple of television news in Atlanta for decades. Amanda Davis, whose career in Atlanta alone spanned more than 30 years, died Wednesday night after reportedly suffering a stroke. Her sudden death has left many in shock as her friends, colleagues and fans come together to remember the impact she had on the community.

FOX 5 spoke to a close friend of Davis who said she had a medical emergency Tuesday at Atlanta’s Hartsfield-Jackson International Airport. Davis, an anchor at WGCL for the past year, reportedly suffered a stroke and was rushed to the hospital. Colleagues announced her passing just before 10 p.m. Wednesday.

Davis worked as a television news anchor in Atlanta for more than 30 years. She started at WAGA in 1986 and soon became a fixture in the community, quickly taking over the anchor chair for the Noon news. In 1992, she was tasked with helping to launch FOX 5’s highly-successful Good Day Atlanta franchise. After five years, she moved to the main anchor chair. She retired from the station in 2013.

Her labor of love while at FOX 5 Atlanta was the launch of Wednesday’s Child, a segment dedicated to helping the young foster children of Atlanta find forever families. It was a project which began in 1997 under the title “A Place to Call Home.” Just three short years later, the first Wednesday’s Child segment hit the airwaves in November of 2000. It brought her much joy that she was able to tell their stories and find 32 children permanent, loving families in the first year alone. Her Wednesday’s Child legacy proudly lives on at FOX 5 to this day.

Davis covered many stories throughout her time at FOX 5 Atlanta, but she might be most remembered for covering the funeral of Coretta Scott King and interviewing Barack Obama before he took office as President of the United States.

Her career in television news started at the former NBC affiliate in Charlotte, North Carolina, WRET. In just four years, she was promoted to become the station’s main anchor and began hosting a weekly on-air magazine.

Davis then moved 400 miles north, to Washington, D.C. where she worked as the national correspondent for the now-defunct Satellite News Channel, an early competitor among the 24-hour cable news networks.

She then landed in Atlanta, which she called home ever since.

“With the passing of Amanda Davis, we have lost a caring sensitive friend and journalist. We pray for her family, friends and colleagues. Her voice will be deeply missed,” Rep. John Lewis said in a statement sent to FOX 5 News early Thursday morning.

In addition to being well-respected in the community, many former colleagues and interns remember her for offering advice, help and assistance.

During her career, Davis won multiple Emmys from the National Academy of Television Arts and Sciences, including Best Newscast honors for anchoring FOX 5 News in 1999 and 2000. She was also honored with the prestigious Edward R. Murrow Award for her continuous live broadcasting during the abortion clinic bombing in Atlanta. Those stories, which she took to heart, also earned her a GABBY Award from the Georgia Association of Broadcasters in 1998. The Atlanta Association of Black Journalists bestowed several awards to Davis including Best Anchor in 2000 and one for her continued work on the Wednesday’s Child features. Her labor of love also earned her a nod with the Keenan’s Kids Foundation Media Award.

Davis is survived by her mother and her daughter. Funeral arraignments have not yet been announced.