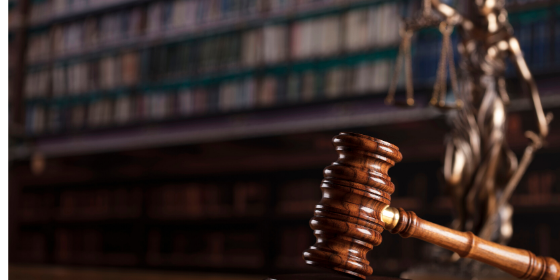 On June 15th, 2018, The National Association of Broadcasters sent a letter calling for a relaxing on AM/FM ownership regulations. But one year later the appeal is now coming into play. The letter, sent to Chief of the FCC Media Bureau Michelle Carey outlined a proposal that would modify current FCC regulations by allowing radio stations to compete more freely in a corporate-focused media setting.  The NAB’s proposal to the FCC would lift regulations on the number of radio stations owned by a single company. FM station ownership would be capped at eight while AM stations would be unlimited. The NAB then went one step further to propose that these regulations should only impact top-rated markets and that local radio stations should not be regulated whatsoever. What inspired this desire for reformation? An ever-evolving market and laws that have not shifted to match it. “The FCC’s radio regulatory framework has not kept pace with the transformation of the marketplace,” writes the NAB to Media Bureau chief Michelle Carey, “When the current local radio caps were adopted in 1996, streaming services like Pandora and Spotify did not exist. There was no satellite radio, no podcasts, no Facebook and no YouTube”.  Allowing a more diversified, competitive market would let local stations take advantage of “the financial viability of radio stations’ informational programming, including emergency information and related local weather coverage”. Citizens rely on these stations for crucial, daily information, and if they begin to crumble under the weight of streaming giants then a key information system will be lost.

One of the biggest arguments against deregulation is that it will cement the lack of radio ownership by women and minorities. Data produced by the Prometheus Radio Project found that 7.1% of radio stations are owned by women and 7.4% by minorities in the entire available market. This information was revealed on June 11th in the Third Circuit court as advocacy groups urged the FCC to drop local television ownership and radio-television cross-ownership rules. The Prometheus Project also suggested that the FCC had no numbers on female ownership in 1999 when the rules were revised and therefore their analysis of minority impact ultimately included bad data. Cheryl Leanza, representing the Project, said trying to compare past and current ownership data is like “comparing rotten apples to rotten oranges”. The ownership survey from which the FCC collects its data is completely voluntary, leaving room for important pieces of data to slip through the cracks. Jacob Lewis, associate general counsel for the FCC, responded by saying that “Minority and female ownership is certainly an aspect of public interest but it is only one aspect of public interest,” to which U.S. Circuit Judge Thomas Ambro replied, “Any data on gender would be better than zero.” David O’Connor, GAB Board Member, believes the incubator program proposed by the FCC could be a good start towards remedying the lack of diversity in broadcasting. The Incubator program “removes the barrier for small broadcasters” while allowing larger companies to expand their ownership as long as they foster growing businesses. O’Connor believes this is an important first step, but should be one of many in order to make broadcasting a “level playing field”.

Overall, the NAB’s letter emphasizes a need for “increased competition in the audio space”, but how has this lack of competition affected Georgia’s broadcasters? Just from a numbers standpoint Cox enterprises, Cumulus Media, and iHeart Media own a majority of the stations in Georgia and Atlanta is the only Georgia city included in the top 75 media markets highlighted by the NAB proposal.  So even though these companies aren’t violating any rules about dominating the industry because they function in mainly smaller markets, they could still be curtailing the growth of smaller broadcasting businesses across the state. After all, it is one thing to establish your company among other similar forms of media like podcasts and online streaming, but it is another then have to also bump against established giants controlling the majority of the market. So will no regulation in the smaller markets, as proposed by the NAB, empower smaller business or give dominant players even more leeway?