The GAB Celebrates Georgia Broadcasters and 85th Anniversary at GABCON 2019 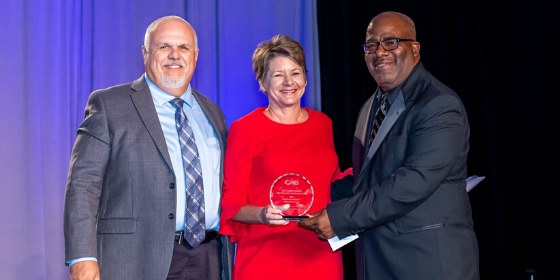 On September 27th and 28th, the Georgia Association of Broadcasters hosted their annual conference, GABCON at the Grand Hyatt in Buckhead. GABCON is the state’s largest annual gathering of broadcasters. Over 350 broadcasters came from around the state to attend.

Ben Henson, The Director of Events for the GAB says, “Since its return in 2015,  It has been so exciting to see GABCON evolve into a signature event for the Association and its members. I look forward to seeing what the future holds as we begin planning for 2020 and beyond.”

The GAB welcomed everyone to Atlanta on Friday night with a Kick-Off Reception that featured Atlanta’s band, “Cougar Love.”

Throughout the day on Saturday, attendees were able to learn from broadcasting professionals during education sessions. The GAB offered 16 total sessions with four different tracks: Sales, Journalism, Management, and Engineering. During lunch, the GAB honored three broadcast engineers with the “Angelo Ditty-Frank McLemore Engineering Award.”

The National Radio Talent System’s Dan Vallie was also honored with the GAB’s “Golden Mic Award” for his commitment to broadcasting excellence. Following the luncheon, Dean Charles Davis from Grady College at the University of Georgia moderated a panel of experts on “Trust in Local Journalism.”

Saturday night, the GAB hosted the 57th annual GABBY Awards, recognizing the best in broadcasting from the past year. 76 GABBY and Merit awards were given out. Click HERE for the full list of winners. At the end of the program, the GAB honored the broadcasters of southwest Georgia as the 2019 “Broadcaster of the Year.” Typically this award is given to one individual. But this year the GAB felt the need to honor the broadcasters in that region for their service to their communities during Hurricane Michael and the tornadoes from this past spring.

Click HERE for the Broadcaster of the Year Tribute

Immediately following the GABBY Awards, guests enjoyed an After Party with another performance from “Cougar Love” and late-night snacks and drinks.

Throughout the weekend the GAB also celebrated its 85th Anniversary. 85 years ago in Savannah, Georgia, a group of Georgia Broadcasters gathered together to create an organization that would strengthen the broadcast industry. GAB President Bob Houghton says, “I think if the members who organized the GAB 85 years ago were here today, they’d be proud of what they see. They would see a variety of ways that we’re able to do things that couldn’t have even been imagined in 1934. So I think they would look at us and say, good job, mission accomplished.”

GABCON 2020 will be held on October 23rd – 25th at the Grand Hyatt in Buckhead. Information on registration and exhibitors coming soon.