The 5G Future has Great Potential for Broadcasters 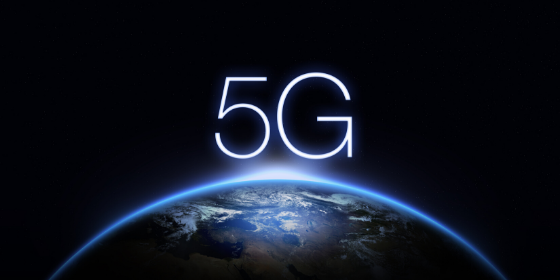 ATLANTA, GA– Technology is constantly changing and strides are always being made to improve the speed and efficiency of everything in the world around us. Broadcasting is one of the industries affected the most by these changes. It has come a long way since the first radio transmissions in the late 1800’s and the industry is now world-wide and valued in the upper billions. The future of broadcasting is slowly starting to take shape in the form of 5G technology.

According to Don Clark of The New York Times, 5G is a set of technical ground rules that define the workings of a cellular network, including the radio frequencies used and how various components like computer chips and antennas handle radio signals and exchange data.

The name “5G” is a reference to the fact that this is the fifth-generation cellular network to have ever existed. Every new generation has been significantly faster than its predecessor. While it is defined as a cellular network, 5G’s potential impact extends far beyond phone calls and text messages.

The Federal Communications Commission Chairman, Ajit Pai, believes 5G will help to innovate cutting edge applications for broadcasters such as high definition television and the internet of things. He met with the Georgia Association of Broadcasters in March of this year at a Georgia Chamber of Commerce breakfast and he expects 5G to benefit broadcasters.

“I think it actually gives broadcasters a great chance to compete in this digital landscape,” he said. “More and more consumers seem to be thinking about alternative delivery mechanisms. You know when I was a kid, television meant a big box that sat on your TV and you had to be there at 8:00 o’clock on Sunday to watch the ‘Loveboat.’ Now, these devices are with us all the time and that means that broadcasters have to think about reaching them in whatever way the consumer finds friendly.”

Todd Haselton of CNBC explained that 5G’s implementation should make things like streaming more efficient. As of now, standard home operating on the highest wireless available, 4G LTE, is plenty fast, but can easily get bogged down by too much usage happening at once. This makes things like 4K streaming a lot more difficult. 5G would allow such fast internet speeds that multiple devices could stream 4K content simultaneously without buffering or lag.

With the internet of things, 5G should be able to improve file sharing between computers as 5G will operate at speeds as fast as 10Gb/s. This would create the opportunity to download files at unbelievable speeds. With 4G, a particularly large file may take five minutes to download, with 5G it would only take five seconds. For broadcast companies, this can mean things like editing will become more fast and efficient than ever before.

As great as all these potential benefits sound, the transition to 5G won’t exactly be a seamless process. One of the biggest hurdles facing 5G’s nationwide rollout is the need for new cell towers to support this innovation. Current towers transmitting 4G signals can be updated to support 5G, but the more efficient option is to build new ones.

According to Beth Cooley of The Wireless Association, a robust 5G network will require 250,000 towers to be built nationwide. She also explained that these towers would be significantly smaller than the cell towers we are familiar with today and can be installed on various street furniture such as street lights and utility poles. As of May 2019, over half of the states in the U.S. have introduced some form of legislation to assist in the implementation of these small cell towers.

The FCC has addressed the push for small cell towers as a part of its 5G FAST Plan, introduced by Chairman Pai. The plan is a comprehensive strategy to facilitate America’s Superiority in 5G Technology. Among the other priorities on the FAST agenda is increasing spectrum.

Pai explains that the FCC hopes 5G will allow for more spectrum space to be utilized in order to increase efficiency across the board. The FCC has already begun its auctioning process which is expected to push 5 GHz of the spectrum into the commercial marketplace, which is more than all current mobile broadband companies are using combined.

The plan also includes modernizing regulations which will make for more installation of optical fiber which will be needed to shoulder the load that will come with 5G traffic.

The 5G FAST Plan will be rolled out as the year goes along.