The 2023 DiGamma Kappa Banquet and Fireside Chat with Curtis LeGeyt 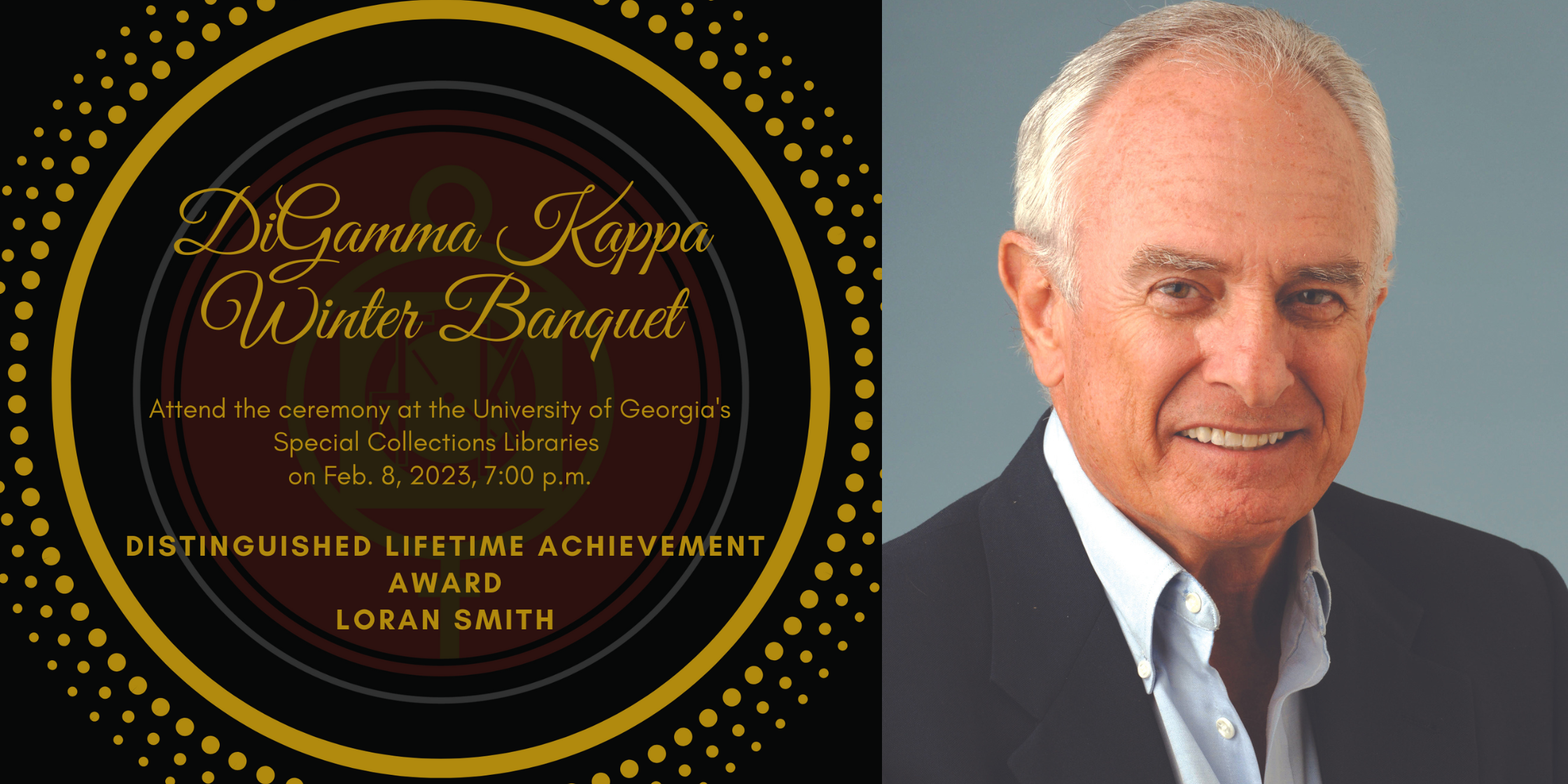 The Georgia Association of Broadcasters is once again partnering with the official broadcast society at the University of Georgia, DiGamma Kappa (DGK.) Join us for the 2023 DGK Winter Banquet featuring Loran Smith and Curtis LeGeyt.

Loran Smith is this year’s DGK Distinguished Lifetime Achievement Award Recipient. Curtis LeGeyt is the current President and CEO of the National Association of Broadcasters.

The banquet will take place on February 8th at the Richard B. Russell Building Special Collections Libraries . 300 South Hull Street Athens, GA 30605. The reception starts at 6:00 p.m. and the dinner will begin at 7:30 p.m.

This event takes place the same day as the Grady Career Day. Which makes this the perfect opportunity to spend the entire day in Athens. If you have already registered for Career Day, stick around to hear from the face of the National Association of Broadcasters, Curtis LeGeyt. LeGeyt leads our advocacy efforts with Congress and the FCC.

Loran Smith is a native of Wrightsville, Ga., and a graduate of the University of Georgia where he captained the 1960 Bulldog track team. He was named MVP his senior year.

His is a columnist for the Athens Banner-Herald and his column is syndicated in more than 25 papers in the state of Georgia. He has authored or co-authored the following books:

In the spring of 2023, his co-authored book with Georgia head coach Kirby Smart will be released; it will be a reflection on the 2021 Championship Season by the head coach.

He is married to the former Myrna Warren of Covington, Ga. They have two children, Camille and Kent, who are both Georgia graduates. They have four grandchildren: Alex and Zoe Smith of Dallas, Texas, and Sophie and Penny Martin of Charlotte.

Curtis LeGeyt is the president and CEO of the National Association of Broadcasters. In this role, he serves as the chief advocate for America’s free, local television and radio broadcasters. He previously served as the chief operating officer of the association before assuming his current role in January 2022. Prior to that, Curtis served as the executive vice president, Government Relations, from 2015-2020. Curtis also serves on the Board of Directors of the NAB Leadership Foundation and the Broadcasters Foundation of America.

During his time at NAB, Curtis has led several highly successful efforts to advocate for laws that strengthen broadcasters’ ability to innovate and serve their communities. This includes permanent reauthorization of the Satellite Television Extension and Localism Act Reauthorization (STELAR), inclusion of $1 billion in RAY BAUM’s Act to reimburse stations impacted by the spectrum auction repack, and successful passage of the Music Modernization Act.

Prior to joining NAB in 2011, Curtis served as the senior counsel to then-Senate Judiciary Chairman Patrick Leahy (VT). In that role, Curtis advised the chairman and committee on intellectual property, antitrust and First Amendment issues. Previously, Curtis was an associate at Howrey LLP, a law firm in Washington, D.C., where he worked on antitrust litigation and merger reviews. Curtis began his career as a management consultant for Putnam Associates and worked on the staff of the 2008 Obama For America presidential campaign.

Curtis serves on the National Action Alliance for Suicide Prevention’s Executive Committee, as well as the boards of Tracy’s Kids, a nonprofit helping children with cancer, and Musicians On Call, an organization bringing the healing power of music to children’s hospitals and beyond. He is also an alumnus of Leadership Music, a Nashville-based program that fosters community and collaboration among music industry leaders.

Curtis received his J.D. from Cornell University Law School and his B.A. from Providence College in quantitative economics. He resides in Washington, D.C., with his wife Kacey and their three children.