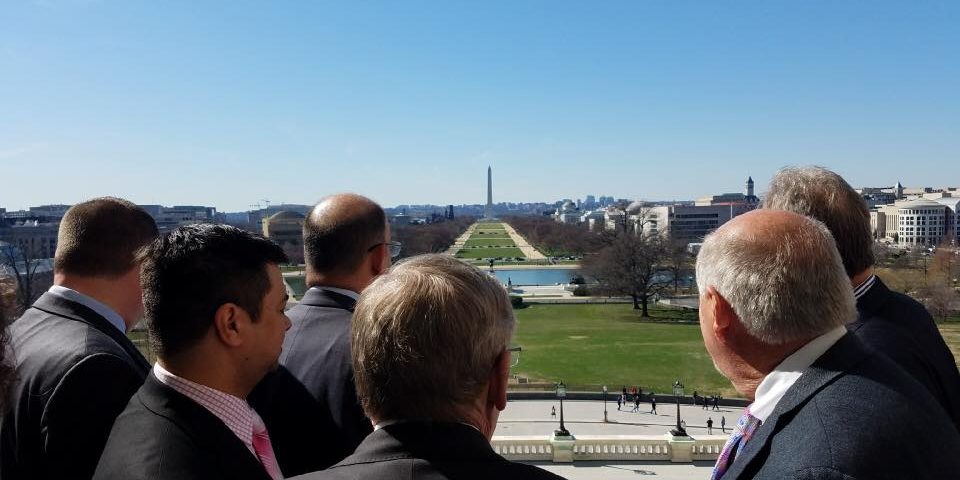 A Letter from the President, Bob Houghton.

I want to thank the fourteen broadcaster who invested three days joining our team in Washington, D.C. last week.

I also want to thank our Political Events Planner, Lorie Smith for an outstanding job of organizing the trip, as well as our GAB office for handling the inevitable last minute changes in schedules for both our members and our representatives.

We met with all sixteen of our representatives and senator’s offices and with 11 of the actual senators and congressman. One of issues regarding Spectrum Auction Repack was in committee while we were there. It came out of Committee an will be voted on in the House today (Tuesday, March 6th). Response form our representatives is positive and we expect an additional billion dollars to be added to the funding for repack.

The highlight of our trip was our group photo on the Speaker of the House Balcony. The staff of Senator Isakson and Lorie Smith made this possible. As you can see, our senior senator was present and acted as a wonderful “tour guide” and historian. One of his staffers completed the tour which included watching the dress rehearsal for military portion of the Billy Graham Honor viewing the next day. Two very special opportunities so say tank you for the efforts of our SLC team.