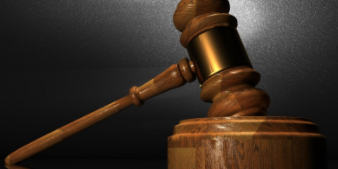 Georgia Uniform Superior Court Rule 22 , which governs the use of video and audio recording equipment in courtrooms was significantly changed last year.

As before, Rule 22 requests need only be sent to the judge, not to the parties.  The judge will tell the parties about the request and invite any objections.

The general rule will become 24-hour advance notice to the court for Rule 22 requests, but the standard is mushy and it will vary from to judge to judge.  Best practice is to submit as soon as you learn of a hearing you wish to cover.  This is very problematic, of course, because we often learn of hearings just before they occur.  There will be a learning curve for both media and the judges and we should be prepared for some friction for the foreseeable future as these issues get fleshed out.

According to the Georgia Supreme Court website, “Rule 22 of the Uniform Superior Court Rules was issued in 1997 and has not been updated since then. The new version reflects the dramatic changes in technology and news media over the past two decades, and particularly the fact that most Georgians now have “smart phones” and other electronic devices that can be used as still cameras, video cameras, and audio recorders. The rule addresses the use of such devices for recording and non-recording purposes by lawyers and their employees, parties in court cases, jurors, witnesses, and media representatives and other spectators.”

Recording devices are no longer permitted to be used in the courtroom when the judge is out of the courtroom.

The new rule expressly allows the Court, presumably after providing a hearing, to decide what witnesses may be recorded, when, whether face or voice needs to be obscured, etc.

The anticipated cumulative effect of the new rule is that, whether intended or not, it will undoubtedly result in more objections to Rule 22 recording and broadcast access orders from the parties (in particular criminal defendants), and more hearings on such access.  Getting out in front by making your requests as early as possible will be critical in making sure stations have the resources available to determine whether to fight for access on a case by case basis.