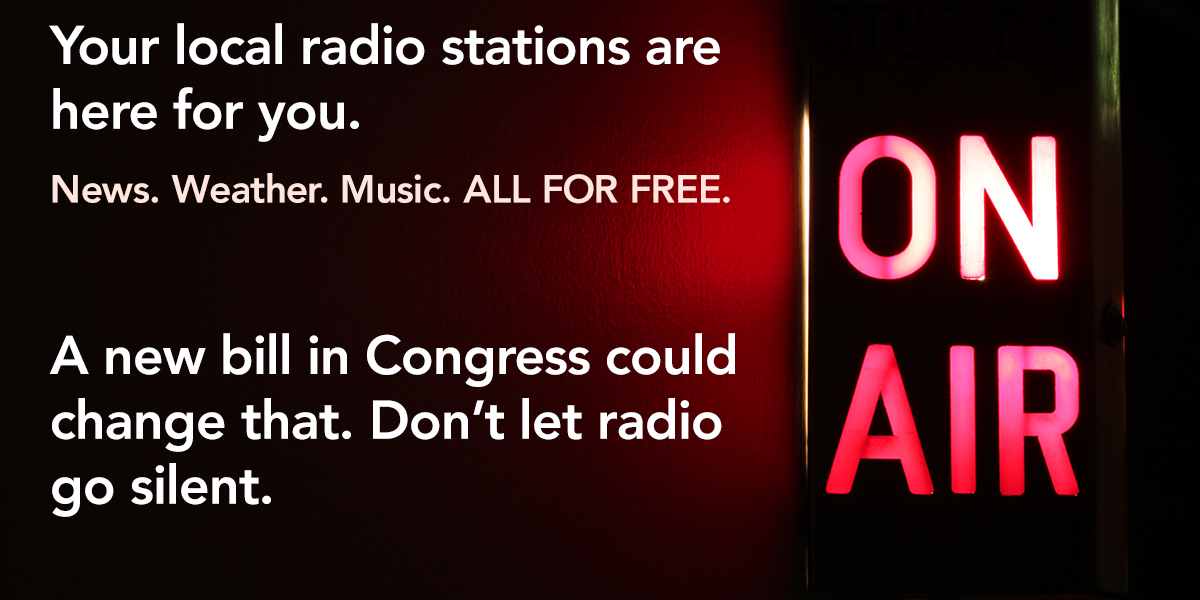 The NAB Radio Board of Directors has unanimously approved an on-air campaign to fight against the imposition of new performance fees on local radio, and we need your help.
NAB is asking radio stations to air spots opposing performance fee legislation as often as possible starting immediately and through the August Congressional recess, which ends September 6.
The record labels are aggressively pushing the so-called American Fairness Music Act (AMFA) – legislation that would funnel resources away from local radio stations and into their own pockets. We expect the House Judiciary Committee, chaired by longtime performance tax proponent Jerry Nadler (NY-10), to consider and most likely pass this bill out of committee in the coming weeks.
To stop the bill from going further than this committee, we are urging every station to join us in this campaign. NAB has also cultivated strong opposition to a performance tax in Congress: more than 230 members of Congress are co-sponsoring the Local Radio Freedom Act – a bill that opposes a performance tax on local stations.
The :30 spots, available in English and Spanish, include a call to action for listeners to make their voice heard with Congress. NAB is also providing scripts, talking points, and digital assets to help stations voice radio’s opposition to the AMFA and its harmful impact on listeners.
Because this is an issues ad, the Federal Communications Commission requires your station to fill out a PB-19 form and place it in your station’s political file within 24 hours or one business day. Please make this a priority.
Help us send a strong message to Congress: Radio stands united against a performance tax.
Click HERE to download spots and resources for your station!
Categories: Headline, Legal, NewsMarch 31, 2022
Share this post
TweetShare on Twitter Share on FacebookShare on Facebook Share on LinkedInShare on LinkedIn Pin itShare on Pinterest