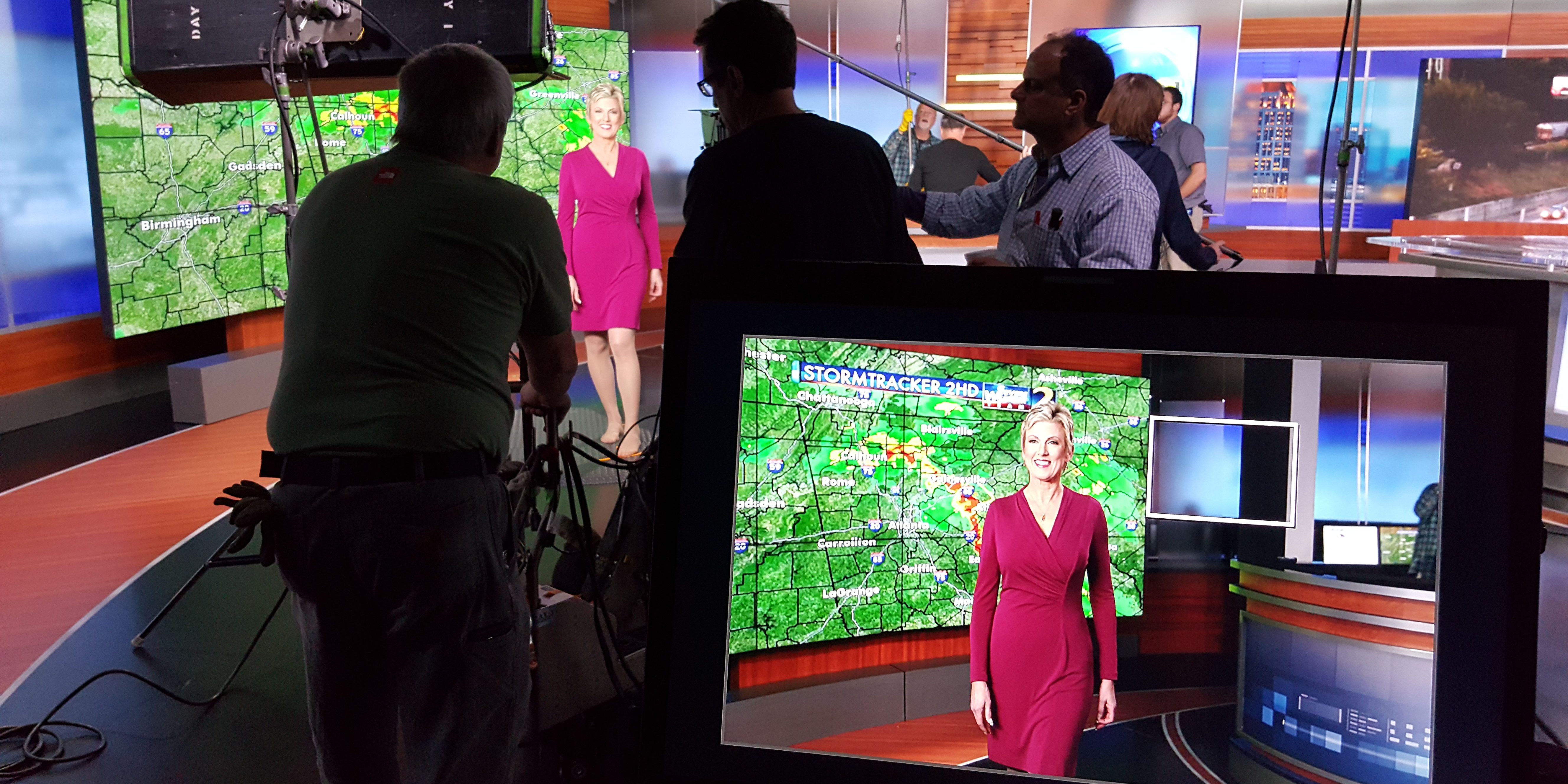 Just like millions of other mothers around the world, WSB-TV Meteorologist, Karen Minton gets up every morning, gets dressed, and begins her motherly duties. But Minton’s children don’t live with her, they live in 2,324,390 other households in the Metro-Atlanta area.

At the end of February, Minton will enter through the heavy, studio doors at Channel 2 just like she’s done for the past 32 years. Then she’ll deliver the weather forecast to her “children” for the very last time.

Minton says she is going to try and enjoy every single moment of that day.

“I’m going to have a couple boxes of Kleenex because I happen to be one of those kinds of people that cry. I cry when I’m happy, I cry when I’m emotional, I cry when I laugh. Brad Nitz makes me laugh so hard sometimes that I cry my eyelashes off.”

Minton began her broadcasting career in 1981 at KOVR in Sacramento, California. At that time, becoming a meteorologist wasn’t on her radar. Karen’s plan was to become a reporter and eventually an anchor. Management at KOVR had a different plan.

“When they first hired me in 1981 they said, ‘You’re a scientist. You have a degree in biological sciences so we’re going to put you in weather, but we’re going to let you do other things as well.’ Which I got to do. Every day I would come into the station, they would send me out with a reporter and I would do a story. Then I would come back and get the weather ready and do it on the evening news.”

Minton spent two years at the Weather Channel before joining WSB-TV in 1986. In those early years, she also did some reporting and anchoring on the station’s Community Affairs Show, “People to People.” You can still find this program on Saturday at 5:30 a.m. and Sunday at 12:30 p.m. However, a lot of the current programming on Channel 2 looks very different from when Karen first started.

She recalls that the morning newscast began with just two, 15-minute shows.

Karen says meteorologists not preparing their newscast themselves is a common misconception. She does all the work herself, spending countless hours in the WSB building every week. She’s even gone as far as sleeping in the ladies’ lounge during the Blizzard of 1993.

“I came in on Friday night and I brought my sleeping bag with me and I slept in the ladies’ lounge every night the entire time and we were on the air by 4:00 or 4:30 on Saturday morning when the event had started and we just kept going. I don’t think I got home until Wednesday or Thursday.”

It’s this type of “bring your sleeping bag to work” dedication that has earned her the nickname, “Mother Minton.” An affectionate nickname that Karen embraces because she says she does indeed treat her viewers like her children.

In her best impression of herself, Karen says, “I’m telling you, you better take your coat today because it’s really going to be cold. You’re not going to be happy if you get out and you don’t have it with you.”

She remembers urging her “children” to stay inside one morning during a severe storm in West Georgia. Next thing she knew she was getting calls from people saying, “I would have been driving out of my driveway and a tree would have hit my car. You saved my life.”

It’s moments like these that trigger more of Minton’s emotions. She says, “I’m just trying to help you and I’m not doing it for anybody to recognize me for it. I just care about them and I want them to be safe.”

Karen’s selfless mentality parallels characteristics of a good mother. In addition to Minton’s 2,324,390 households of children, she also has two daughters of her own. She’s looking forward to spending more time with them, traveling, and maybe getting back into tennis during retirement.

WSB-TV viewers will be in good hands when Meteorologist Brian Monahan takes over in March.

Monahan is just one of the many members of the WSB-TV family that Minton will miss dearly.

“They’re the best in the business. We come in here every day, sometimes very very tired from long weeks and we absolutely have a ball every day. So I just want to tell all of my WSB family that I love you very much. You’re the best in the country and you’ll be in my heart forever.”

Minton’s last official day on the air is February 27th, 2019. But as the saying goes, “A mother’s work is never done.”