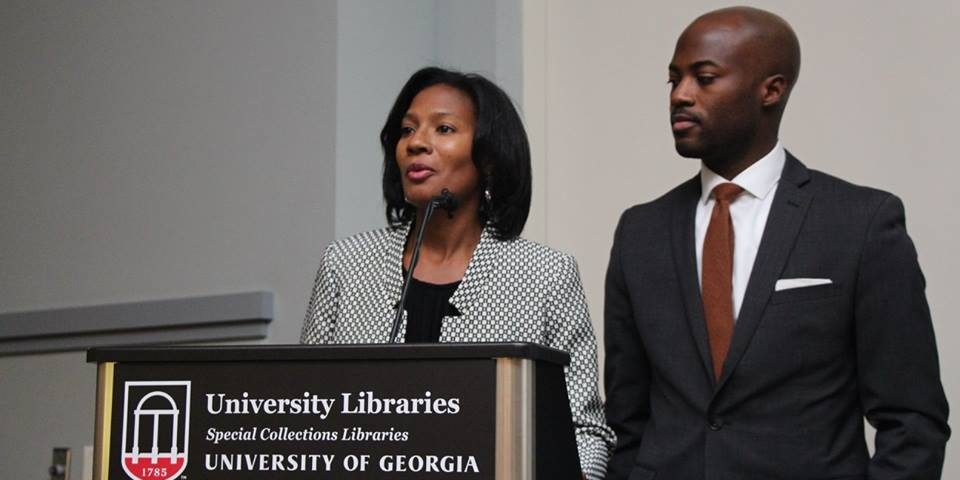 Houghton says, “The radio industry is built on the shoulders of men such as Greg Sr. and will remain strong only if we have young leaders like Geniece and Greg Jr ready to maintain the standards they have set. Congratulations to the Davis Family for the well deserved recognition. The GAB is proud to call you members and friends.”

Read the full article below:

In the role of vice president and Atlanta market manager, Greg Davis Jr. is responsible for operations at Davis Broadcasting’s Atlanta radio stations, La Raza 102.3FM/100.1FM, La Mega 96.5FM/1290AM, and WJZA Smooth Jazz 101.1FM/1310AM. He manages 30 employees in Atlanta while supporting the national sales efforts for Atlanta and Columbus, Georgia, as well as working on strategic sales and marketing efforts for the company. Radio has been in Davis’ blood all his life. “Our father launched the company the same year I was born,” he says. “Growing up, I worked — sometimes willingly, other times unwillingly — in every capacity from cleaning the building to programming and then sales. I decided in 2011 to return to the industry to work in the family business.” He goes on, “My personal goal is to work side by side with my sister to help take our family-owned business to the next level. I’m confident that if we focus on providing entertaining content, becoming a reliable source of information, and driving unmatched results for our clients, we will do just that. As for the industry, I am constantly challenging myself to think outside of the box. Having seen the operations of radio broadcasting my entire life, I want us to lead the industry in innovative thinking and to attract the next generation of leaders in the industry.”

Geniece Granville’s radio career began in 2010 because she wanted to be a part of her family’s legacy at Davis Broadcasting and assist the company in the legal department and business office. “I remain in this business because it is one of the most impactful forms of media there is,” she says. “My desire is to serve people, and radio does that each and every day. Radio is still one of the most powerful mediums that is also accessible to almost everyone. Radio is still the people’s microphone.” Granville’s success comes from having a pretty good mentor: “The president of our company, Gregory A. Davis, and others,” she says. “I’ve seen the hard work and commitment it takes to stay in the radio business. I have been provided an opportunity to learn from all departments in radio, from programming to the front desk. I believe success in radio will only come when all the departments are on the same page.” Her advice to newcomers trying to break into the business: “Don’t be afraid to learn from each department at your company, and take time to build relationships. Radio is not run on an island. Try not to get bogged down so far in tradition that you can’t see your way forward.”