Get to Know Richard Griffiths, President of the Georgia First Amendment Foundation 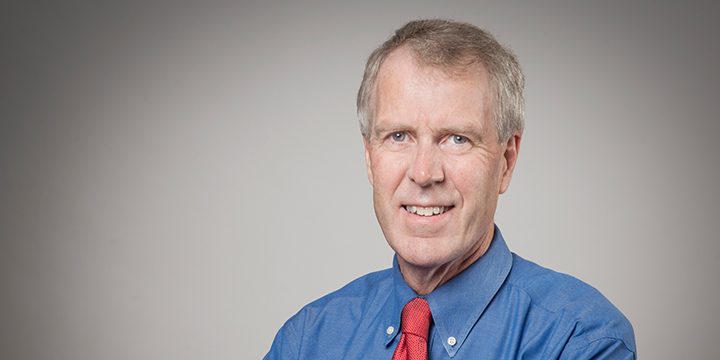 On January 24th, 2019, Richard Griffiths will be honored by the Georgia Association of Broadcasters and the DiGamma Kappa Broadcast Society with the “Distinguished Achievement Award in Broadcasting and Cable For Exceptional Service.” Griffiths will be the keynote speaker at the annual banquet hosted by the two organizations.

Until he retired in March 2017, Griffiths held the position of Vice-President and Senior Editorial Director for CNN, responsible for global editorial quality control.

In the months since his retirement, Griffiths has taught journalism ethics, investigative reporting, and editorial management in the United States, Jamaica, Poland, and Switzerland.  In Poland, in particular, Griffiths has focused on strengthening free independent journalism.

For more than twenty years at CNN, Griffiths oversaw “the Row,” the global network’s editorial vetting operation.  His responsibilities included editorial oversight of CNN’s investigative journalism and the network’s fact-checking operations during the 2008, 2012, and 2016 Presidential elections.  Griffiths also led the CNN team that investigated the 9/11 attacks, for which the team won a National Headliner award. Before taking on his editorial oversight role, Griffiths produced documentaries and special investigations for CNN.

From 1984-1991, Griffiths was a producer for CBS News based in Atlanta and Los Angeles.  His many global assignments included coverage of South African apartheid, the fall of both Baby Doc Duvalier and General Avril in Haiti, aviation safety, NASA’s Space Shuttle program, and Reagan’s Western White House.

Over his career, Griffiths’ work has been recognized with two Emmys, five Peabody awards, and two Investigative Reporters and Editors medals.

Since his retirement, Griffiths has crafted art pieces designed to give historical context to the current tensions between politicians and independent journalism.

Griffiths studied at the University of North Carolina at Greensboro and is originally from Britain.

Richard Griffiths is married to Debbie, a Certified Public Accountant.  They have two married children.