Georgia Partnership for Excellence In Education Heads Back To School With A Critical Issues Forum, Debate August 19

You are here:
EducationNews 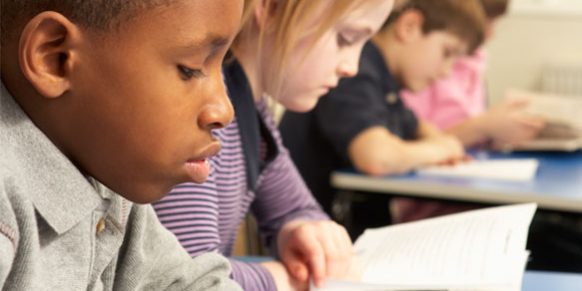 GAB stands with the Georgia Partnership for Excellence in Education/GPEE, since a better educated Georgia means a better economy for broadcasters.  From time to time we feature updates like this one from GPEE Communications Director Bill Maddox.  GAB’s Bob Houghton will be attending the event referenced here and welcomes your station’s participation:

Summer is already over for some school kids and others will be waving goodbye soon as schools open their doors across Georgia. And it’s time to get cranking once again on these periodic education notes.

The Georgia Secretary of State has officially named Richard Woods the winner in the Republican race for state superintendent of schools. This sets up an interesting political scenario. The former teacher and administrator from Irwin County has campaigned on a “Common Sense Over Common Core” slogan. His Democrat opponent, Valarie Wilson, is strongly supportive of the Core. But what may prove even more interesting will come from inside the Republican Party.

Governor Deal, facing a reelection campaign, has professed support for the Common Core. The state 2014 legislature rejected a bid by Sen. William Ligon (Brunswick/Glynn County) to withdraw the state from the Core. A poll of more than 3,000 state teachers conducted last year by the Professional Association of Georgia Educators (PAGE) found almost 75 percent of them supportive of the Core. Will that be enough to soften Wood’s anti-Core position or not? Time will tell.

The Georgia Partnership for Excellence in Education will hold a debate between the two final candidates at the next Critical Issues Forum August 19, 10 a.m. – noon, at Georgia Pacific headquarters in downtown Atlanta. The Forums are always free and open to the public. Media coverage is welcome. If interested in attending, just drop me a note.

What else is brewing on the education front? The Georgia House Study Committee looking at the role of the federal government in Georgia’s public education system met for the first time July 30. Although Common Core was a big part of the discussion there were other topics such as funding and assessment requirements. No public comments were taken but they will be allowed at the three following sessions set for the next three months at Georgia Gwinnett College, Milledgeville, and possibly Gainesville. I’ll provide specifics when they are announced.

There’s quite a bit of education news to report in the months leading up to the general election. As always, drop me a note if you want to talk in more detail about them.

For more information about GPEE, you can click here.