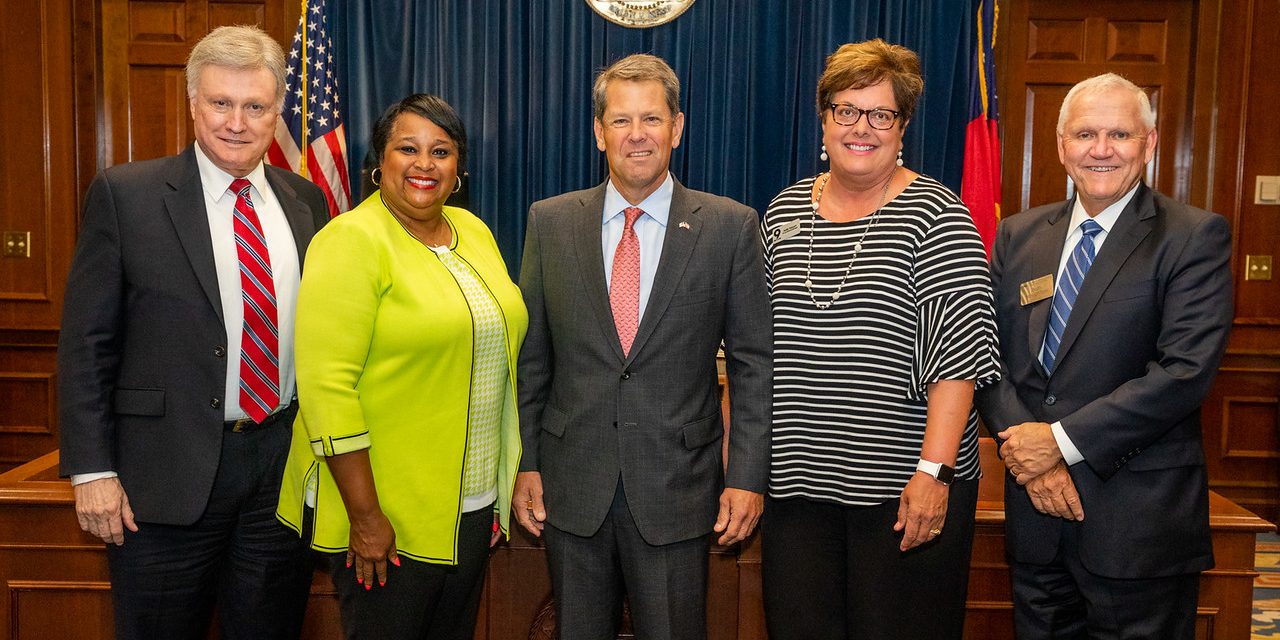 GAB representatives were able to discuss the organization’s mission and goals with Governor Kemp as well as the GAB’s valuable relationship with state agencies through the Public Education Partnership Program (PEP.)

Governor Kemp also laid out his goals and objectives for the next four years and what he feels has been a good first four months.

Governor Kemp is a supporter of local broadcasters and the role they play in Georgia’s communities.

“But what makes Georgia the greatest state in the nation is not our titles or rankings… What makes our future bright is our people. Hardworking Georgians who are making a huge difference in their communities…Teachers and coaches… business owners and volunteers… public servants and charitable donors… All working for a better tomorrow. In the current political environment, these people are often missed. These local folks aren’t trending on Twitter… You won’t see their names on Fox News or CNN. Thanks to you, these local heroes are getting the credit that they deserve.”

The Georiga Association of Broadcasters looks forward to continuing the relationship with Governor Kemp over the next four years and his future involvement with GAB events.