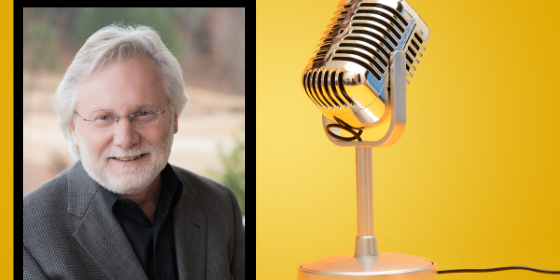 The Georgia Association of Broadcasters is pleased to announce Dan Vallie as the 2019 Golden Mic Award recipient. This annual award is given to a broadcaster who has shown exceptional dedication to the industry.

Lifelong radio industry veteran, Dan Vallie, is the innovator and President of the National Radio Talent System, the only program of its kind in the world; a system of Radio Talent Institutes on college campuses across America, funded by individual broadcasters, broadcast groups and organizations.

The system discovers, teaches and helps prepare college students who have a passion and desire for a career in broadcasting, to enter the business, creating a “go to” place for the broadcast industry to find young talent.

Vallie is the Founder of Vallie•Richards•Donovan Consulting, Inc., a premiere radio consulting firm that began in 1988. Over the years, the consultancy can list almost all the large broadcast groups in America among its impressive clientele; having worked in all top ten markets and most of the Nielson Audio rated markets in America.

Dan has worked in practically every level of broadcasting, beginning as an air talent and sales, then to programming to operations, vice president of a broadcast group, to ownership. He is a non-traditional and creative thinker who believes creative discoveries are best maximized when they have practical application.

He has been a Practitioner in Residence at Appalachian State University in Boone North Carolina since 2005.

Vallie has been previously honored to receive the Jacobs Media “Radio’s Most Innovative” award – 2015, the Rockwell Award from The Conclave in Minneapolis – 2015, induction into the Georgia Radio Hall of Fame – 2016, and the North Carolina Association of Broadcasters Wade Hargrove Award for Community Leadership – 2017

The Golden Mic Award will be given out during the GAB’s Honors Luncheon at GABCON 2019. GABCON, is the GAB’s annual conference and the state’s largest gathering of television and radio broadcasters. For more information about GABCON, click here.