GAB Day at the Capitol Recap 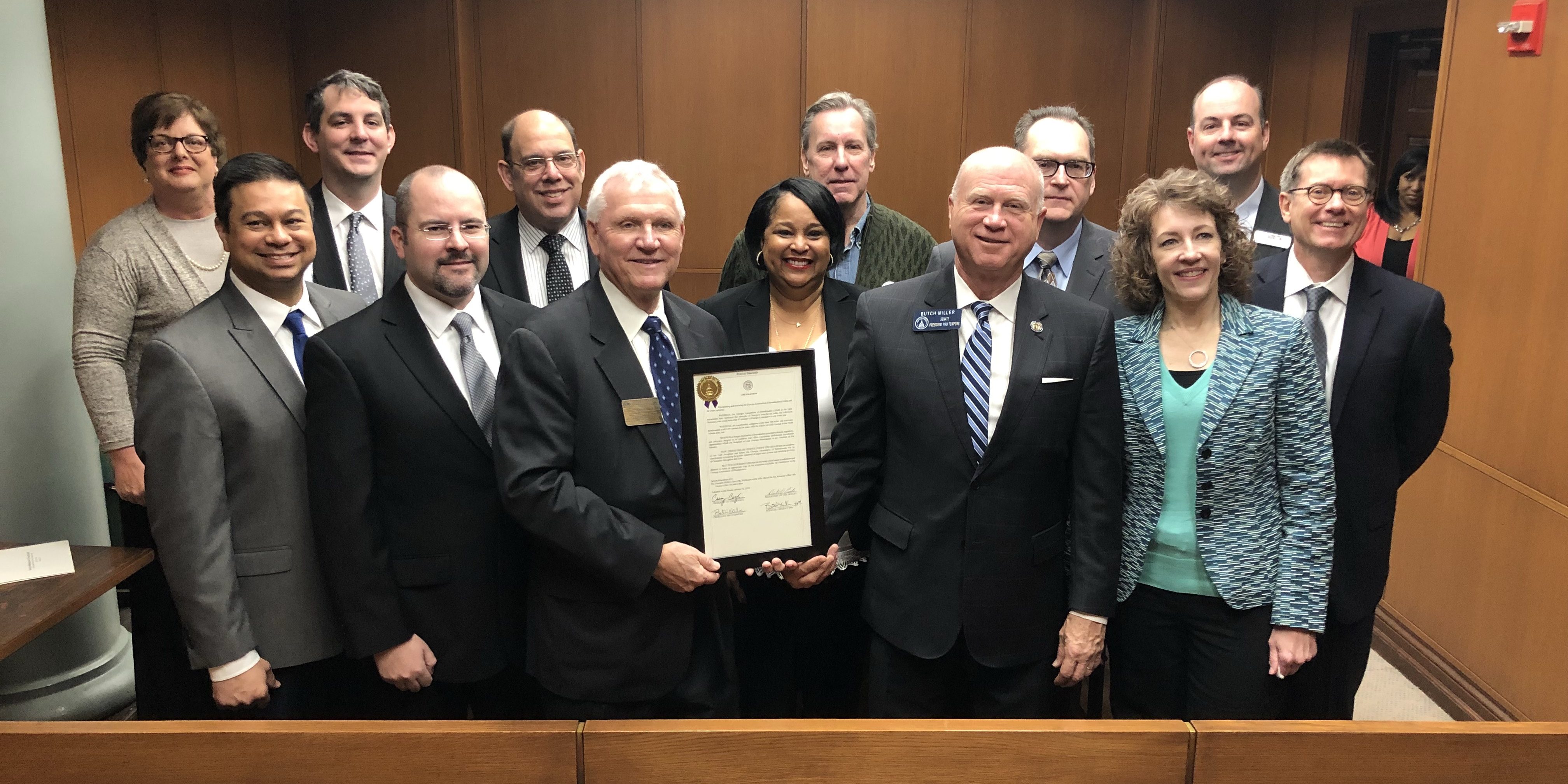 ATLANTA, GA– The Georgia Association of Broadcasters hosted the second annual, GAB Day at the Capitol on Wednesday, January 31st.

Building off our successful event in 2017, the GAB arranged an even bigger and better event for this year.

The day began with a light breakfast at 8:00 AM with speakers from 8:30 to 11:00.  Broadcasters from across the state took full advantage of the opportunity to meet with their local representatives and senators.

During the program, we heard from:

Harris Blackwood, Director of Governor’s Office of Highway Safety. Blackwood set a great tone with his commitment and understanding of the value of local broadcasting. He stressed broadcaster support for both his paid advertising and his support of the PEP program. Some of the most important issues to the Governor’s Office of Highway Safety are: Highway fatalities, distracted driving, drinking and driving and seat belt click it or ticket. Chris Carr, Georgia Attorney General. Carr is very pleased with GAB and the 4th year of the  “We’re not going to take it anymore” campaign against opioid use. The campaign continues to target high school age students but has expanded to include college. Carr  also spoke of the horror of human trafficking and the poor statistics for Georgia. Brandon Beach, Chairman Senate Transportation Committee.  Recalled fondly of his sponsoring the Broadcast First Informers Bill as it was his first bill ever. The Senate is concerned with Infrastructure (Bridges and Roads) Technical Infrastructure, Transit, and funding for all transportation issue. Senator David Shafer, Gwinnett County. Shafer is very interested in learning more about how the broadcast towers could be utilized to facilitate the development of rural broadband. Dennis Jones and KJ Allen comments were of particular interest to the Senator. Senator Josh McKoon, Candidate for Secretary of State. Supported effort to make streaming available in all capitol meeting rooms, making it easier for remote broadcasters to cover all events at the capitol. He also explained the various and diverse roles the Secretary of State. After we heard from our local representatives, the broadcasters then met with Governor Deal where he presented them with the official proclamation of GAB Day. A special thank you to Jeremy Collins from Holland and Knight for putting together this fabulous list of speakers. The GAB is extremely pleased with the events of the day. We had representation from every market.  So if you missed this event, we hope you will be able to join us next year from GAB day at the Capitol!