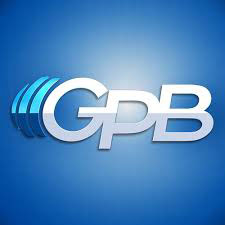 Georgia Public Broadcasting (GPB) is a state network of PBS member television stations and NPR member radio stations serving the U.S. state of Georgia. It is operated by the Georgia Public Telecommunications Commission, an agency of the Georgia state government which holds the licenses for most of the PBS and NPR member stations licensed in the state. The broadcast signals of the nine television stations and 19 radio stations cover almost all of the state, as well as parts of Alabama, Florida, North Carolina, South Carolina and Tennessee.