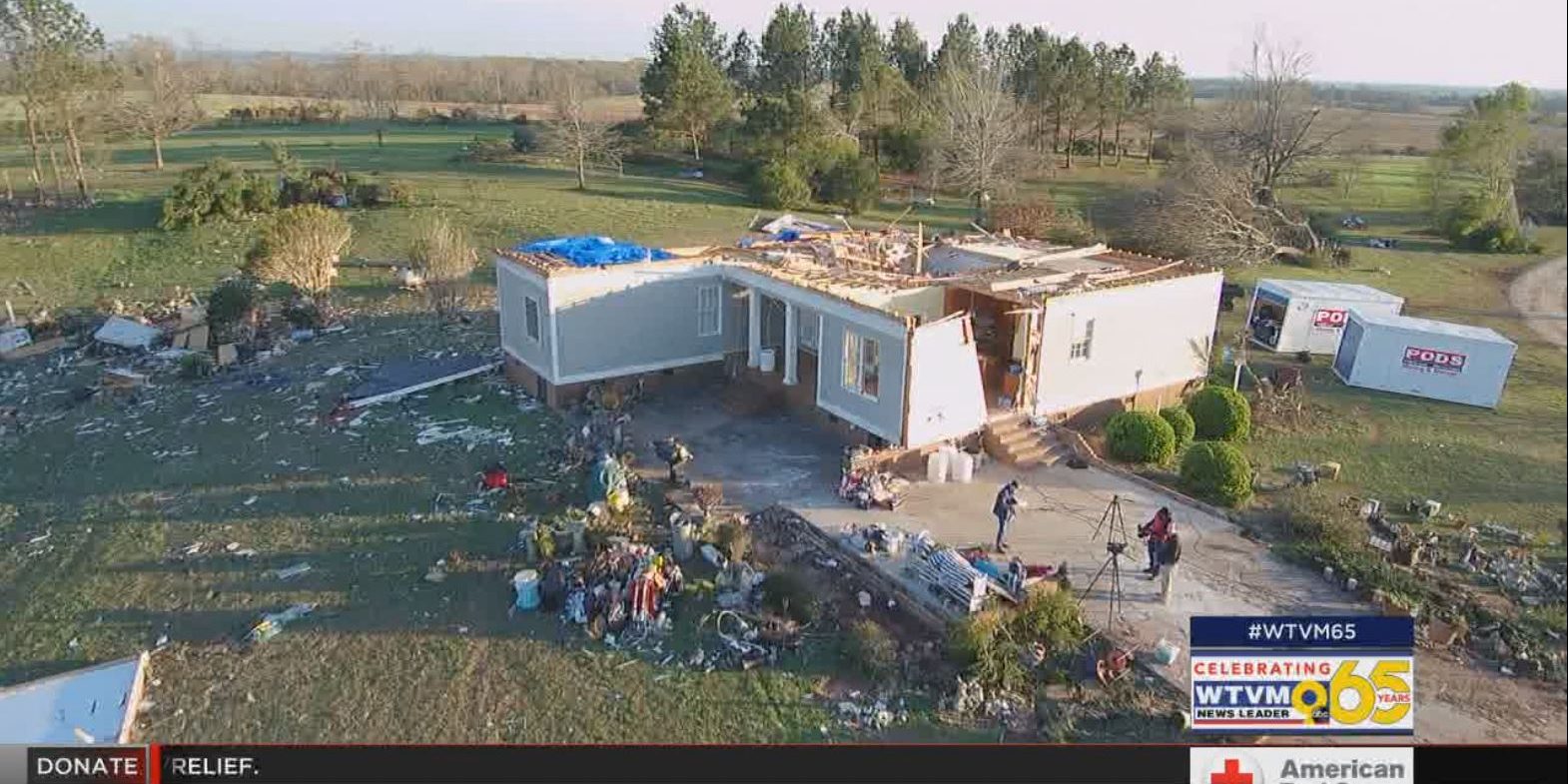 On March 3rd, a series of several violent tornadoes impacted east Alabama and southwest Georgia. The storm claimed 23 lives in Lee County, Alabama and left a widespread trail of damage throughtout Georgia. The next morning, Georgia Governor Brian Kemp declared a state of emergency in Grady, Harris, and Talbot counties.

Georgia broadcasters moved swiftly into action, fulfilling their roles as “first informers.” Chief David Kincaid of WTVM in Columbus began warning viewers of the dangers of these storms on air Thursday.

After the storm had passed, news stations in Georgia and Alabama began working together to aid the victims of Sunday’s tragedy. Columbus TV station, WRBL News 3 partnered with Columbus Radio group, PMB Broadcasting for a day-long tornado relief campaign. They set up an online donation portal through the American Red Cross and two donation drop off locations. Together they raised $64,055 to help support the lives impacted by Sunday’s tornadoes.

WTVM also held a telethon on Wednesday with Gray Television and helped raise $327,000.

These two days of giving may have ended, but this devastation is far from over. The tornadoes destroyed more than 1,000 homes and hundreds of people are currently homeless or displaced. If you are a broadcaster who has suffered damage to your home or a loss of income due to Sunday’s tornadoes, you may apply for assistance through the Broadcasters Foundation of America.

WSB-TV in Atlanta launched “Convoy of Care” to help gather donations for victims. Beginning you can bring infant and adult personal hygiene supplies to two different off locations. Click HERE for full details.