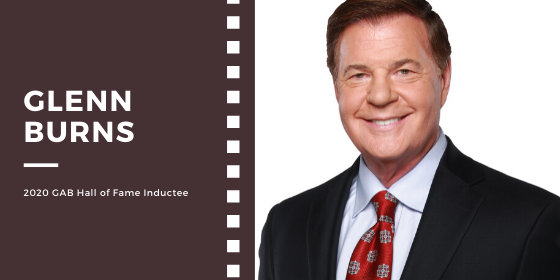 Atlanta, Ga– Glenn Burns is the chief meteorologist for Channel 2 Action News’ Severe Weather Team 2. He is an AMS certified meteorologist and appears on the 4 and 6 p.m. newscasts Monday through Friday. Glenn will be inducted into the Georgia Association of Broadcaster’s Hall of Fame on January 29th, 2019.

Glenn began his broadcasting career at age 14, working part-time for WSVN-TV in Miami. After receiving a journalism degree with a minor in astronomy from the University of Florida, Glenn interned at the National Hurricane Center in Miami, working with Dr. Neil Frank and Dr. Joseph Pellissier. Glenn then went to work as Chief Meteorologist for WPTV-TV in West Palm Beach, Florida.

Glenn received numerous awards from the Red Cross, Civil Defense and Coast Guard, Best of Cobb Magazine and Best of Atlanta Magazine, Associated Press, and Best of Gwinnett Magazine for his weather coverage.

After working three years in Florida, he began his post-graduate work in astrophysics at the University of Minnesota, while working as chief meteorologist for KARE-TV in Minneapolis.

During that time, Glenn won many awards, including the Minnesota Teacher’s Award for a program that involved students, teachers and KARE-TV in a weather education series. That program eventually evolved into Weather School.

Glenn joined WSB-TV in 1981 and lives with wife, Susan, in Marietta.

While at WSB-TV, Glenn has won many awards, including Best of Atlanta, Best of Cobb, Best of Gwinnett, Associated Press Weathercaster of the Year, and has been nominated for numerous Emmy Awards. He is a member of the American Meteorological Society and holds the new CBM (Certified Broadcast Meteorologist) Seal of Approval.

Glenn and his wife Susan work for many area charities, including the March of Dimes, Boys and Girls Clubs of Metro Atlanta, The Center for Family Resources, and the Starlight Foundation.

Glenn’s hobbies include fishing, hiking and looking at the planets and stars with his telescope.

The 2020 Hall of Fame induction ceremony will take place in Athens, Georgia. For more information or to purchase tickets to this event, click HERE.