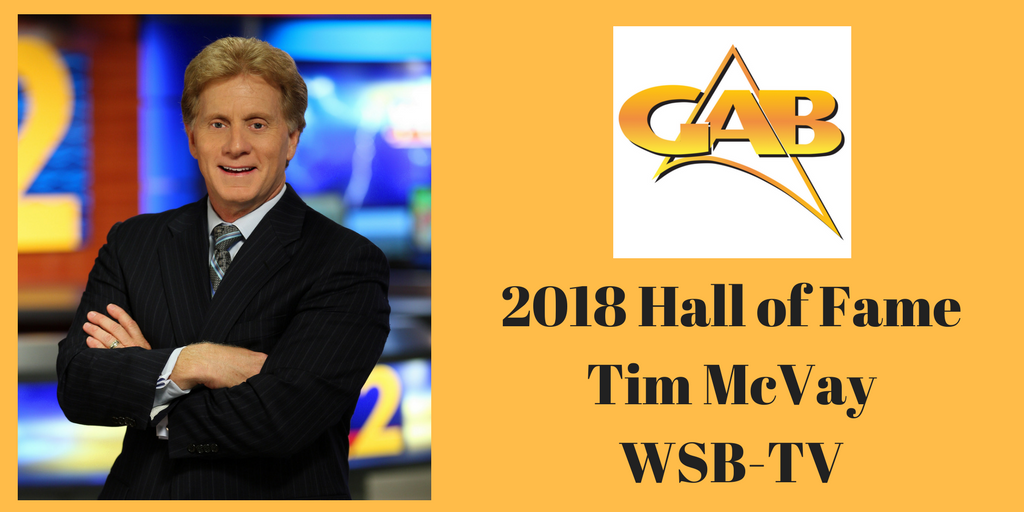 Tim McVay spent his entire career with Cox Television, the majority of which was in Atlanta. He moved up through the ranks of sales, sales management and station management in Dayton, Pittsburgh, San Francisco and Atlanta.  He recently ended his 39-year career at the end of 2017 after running Atlanta’s dominant #1 TV station, Channel 2 WSB-TV.

On December 6, 2017, Congressman David Scott presented Tim with a “Career Commendation” on the floor of the US House of Representatives. That commendation is now in the permanent records of Congress.

Under his leadership, KTVU and WSB-TV were recognized with some of the most prestigious awards in the industry: Edward R. Murrow Awards, Peabody Awards, Emmy Awards and Alfred I. du Pont Awards among others. McVay has won multiple Emmys for Overall Station Excellence and was inducted into the Silver Circle of the National Academy of Television Arts and Sciences in 2013.

McVay served on the ABC Television Affiliate Association Board of Governors, the Georgia Association of Broadcasters Board of Directors, the Metro Atlanta Chamber Board of Advisors and the Atlanta Leadership Committee for the Ad Council. He is a member of the Leadership Atlanta Class of 2014. He has also served on the Sales Advisory Committees for TVB and ABC, in addition to having served on boards for Safe America, Big Brothers Big Sisters and Holiday Aid. The Atlanta Broadcast Advertising Club awarded Tim its Lifetime Achievement Award in 2013.

Tim demonstrated his passion to serve the Metro Atlanta community by airing local prime time programs tackling the key issues of the times. In addition, WSB-TV partners with over 250 non-profit organizations each year and the station’s news anchors and reporters speak at over 300 community events each year.

Tim graduated from Indiana University where he met his wife, Cindy, and where he was a two-time football captain under Lee Corso’s Hoosiers. Tim and Cindy live in Atlanta where she operates an interior design business. They have two grown sons: Sean, who is the head coach of the LA Rams, and Ryan, who is a sales executive for Payscape, a financial technology company headquartered in Atlanta.